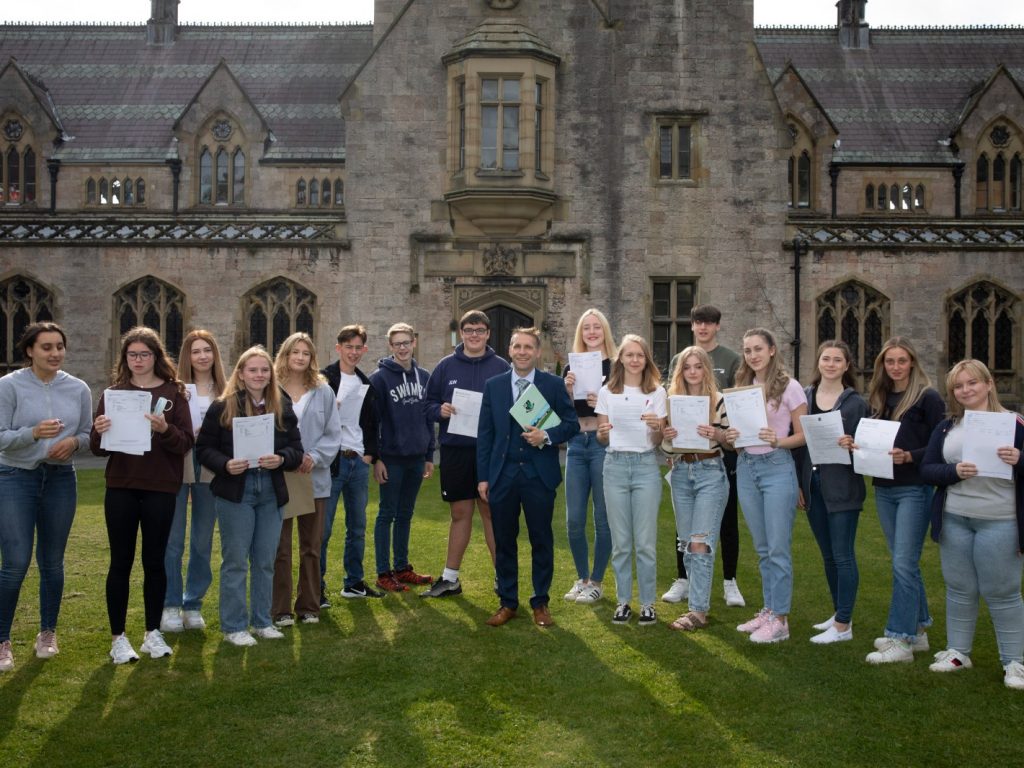 One of the UK’s newest private schools, Myddelton College, in Denbigh, has gained a 100 per cent pass rate at GCSE.

When the results came out today the co-educational day and boarding school, only founded in 2016, announced that all 28 Year 11 students had gained passes in all subjects.

That included 55 per cent of them gaining A Star to A grades with 91 per cent awarded A Star to C grades while 79% of students achieved at least 5 grades A*-C including English, Maths and Science.

Headmaster Andrew Allman, who had paid tribute this week to his A-level students after 91 per cent of them gained A stars and As at A-level, said: “I’m just as delighted with these results which are a testament to what they’ve endured over the past two years.

“They’ve worked so hard and taken it all in their stride, adapted well to the challenges they’ve been faced with including virtually a year of on-line lessons and come out with these excellent results.

“An awful lot of the work in that first year of the crisis was done remotely and we had provisions in place, so we were still able to teach them a full timetable.

“It was still a challenge for them, but they’ve responded with a fantastic attitude to achieve their potential.”

Among many outstanding performances from the Year who are all returning to Sixth Form in September, was Madison Ellis, from Denbigh, whose nine passes were all at A Star and A.

Madison who dreams of one day going to Oxford University to study history and modern languages said: “The year was fraught with difficulties and uncertainties but the support we had from all our teachers was phenomenal.

“They were there when we needed them any time and they did not put added pressure on us. They helped keep us calm and focused which was a huge help”

Madison, 16, collected her results accompanied by mum Nicola who was thrilled for her daughter. Madison attended Ysgol Fron Goch primary school and is the youngest of three siblings. She was the first in the family to attend Myddelton School from the day it opened and has loved every minute there.

Her straight As feat was mirrored by William Griffiths, of Higher Kinnerton, while Clementine Mealor Pritchard, from Conwy, had all A Stars to B.

Will, 16, wants to be an astrophysicist and his top grades in maths and further maths will help him on the way to achieving his ambition.

He said: “I’d loved a career in the space industry. I’ll be coming back here next term to do A-levels in Maths, Further Maths, Physics and Economics.”

The son of John and Nicola Griffiths he said he was fairly confident but added: “You never really know until results day is here. I’m very happy to get the grades I aimed for.”

Clementine, 16, who hopes for a career as an art curator was over the moon to have passed in nine subjects with flying colours.

She said: “I am especially glad to have got top grade in my art. I live for art and will be back at Myddelton to do an Art A-level as well as English language, English Literature and Media.”

Her mum Nikki accompanied her to get her results and they immediately telephone her dad Guy to relay the good news.

Clementine said: “I was so happy I was crying down the phone.”

Philippa Smith Edwards, 16, of Llandyrnog, had eight of nine A Stars and As with just one B. She said: “It’s been a really hard year with the lockdowns and remote learning, but the teachers have been right behind us all the way. They have contributed so much towards our successes, we’re all really grateful to them”

Freya Thapa, of Machynlleth had nine A Stars and As.

She travelled with her parents, Claire and Gary, from mid-Wales so they could be together as the results came in.

Claire said: “It’s quite a distance and so we all had a really early start but it’s been worth it in the end. Freya has done so well, it’s fantastic reward for all the study hours she has put in and a great reflection on the dedication of the Myddelton College teachers too.”

Ashley Peers Tramaseour, from Prestatyn, gained six A Stars and As and three Bs.

He attended the results morning with his grandparents, Nain and Taid Sheila and Peers  Jones, and Ashley’s sister fellow Myddelton pupil Amy, aged 13.

All were overjoyed that Ashley achieved As and A stars, the first step on the road to becoming a doctor.

Sheila said: “Ashley has wanted to be a doctor since he was in infants. He is fascinated by orthopaedics and micro-surgery. He is determined to go into medicine.

Peers added: “Coming to Myddelton College has helped enormously. From day one both he and Amy have loved it here. It has a calming environment and is in a beautiful setting, perfect for learning.”

Ashley’s mum, Anne- Marie said: “The teachers have been brilliant and this year in particular they have gone above and beyond giving 100 percent support to all the pupils.”

Pupil Penny Johnson, 17, of Colwyn Bay, agreed. She said: “All my teacher have been amazing. Without their support I think I should have struggled with all the challenges that have been going on in education over the past two years, but they got behind us and have been there to turn to whenever we needed them”

Penny, whose parents John and Sharon were delighted with her results, is contemplating a career in marine science after A-levels and university.

Fiona Stappleton, who has her sights set on a career in acting, said her A and A star grades are a superb boost on her way. She now hopes to study drama, media, politics and business A-levels at Myddelton.

Opening her  results in front of mum and dad Clare and Tony, and her sister Bethan, nine, she said: “I am so pleased. This is exactly the confidence booster I needed.”

Charlotte Hughes, daughter of Clare and Mark, of Denbigh, also gained top results including five As and an A star.

She said: “I am so pleased to have done so well and that my friends have got the results they hoped for too.

“It has made all those dozens of tests and revision so worthwhile. Thanks to the teachers we now have great reason to celebrate after such a challenging year.”

The school also has a large number of overseas boarders and among them Coby Chan, from China, not only passed nine subjects at A Star and A but also found time to get an A* at A-level Chemistry.

Mr Allman added: “They should be proud to have gained such good grades and I want to send a big thank you to them and to the staff here for their hard work and resilience.

“It has been a very difficult and disruptive time for everyone but especially for these pupils and that makes it all the more outstanding that they have achieved such excellent grades.” 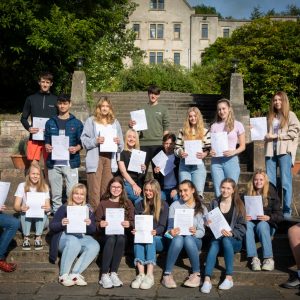 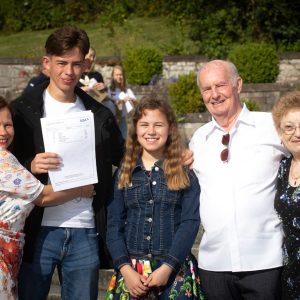 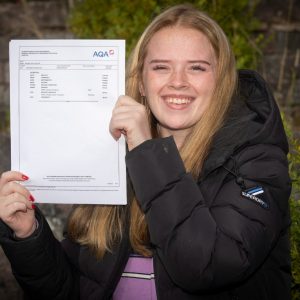 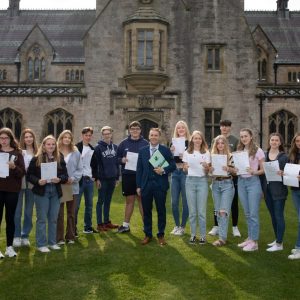 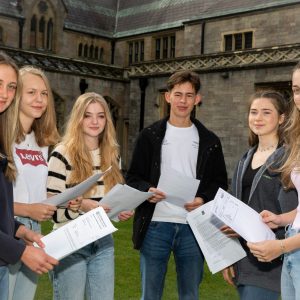 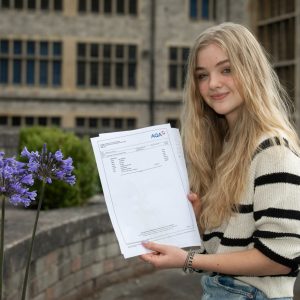 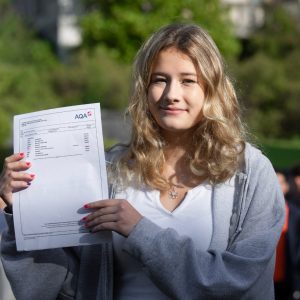 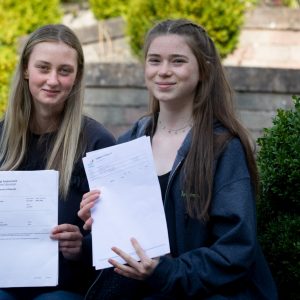 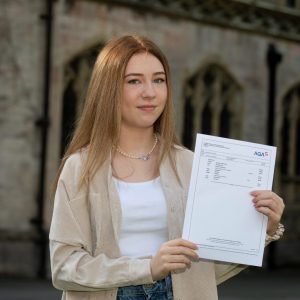 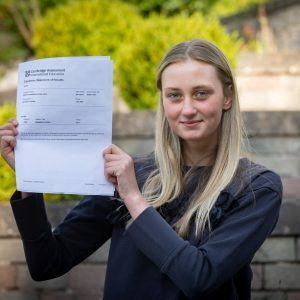 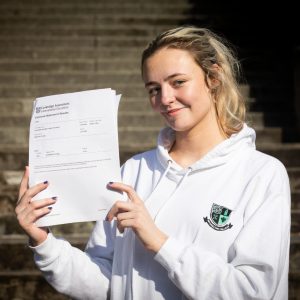 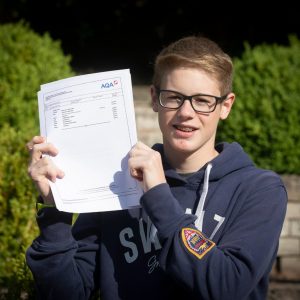 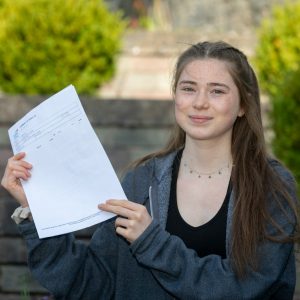 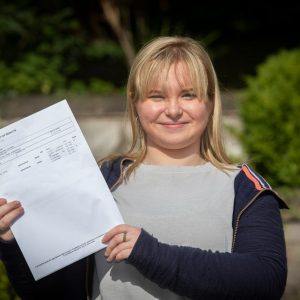