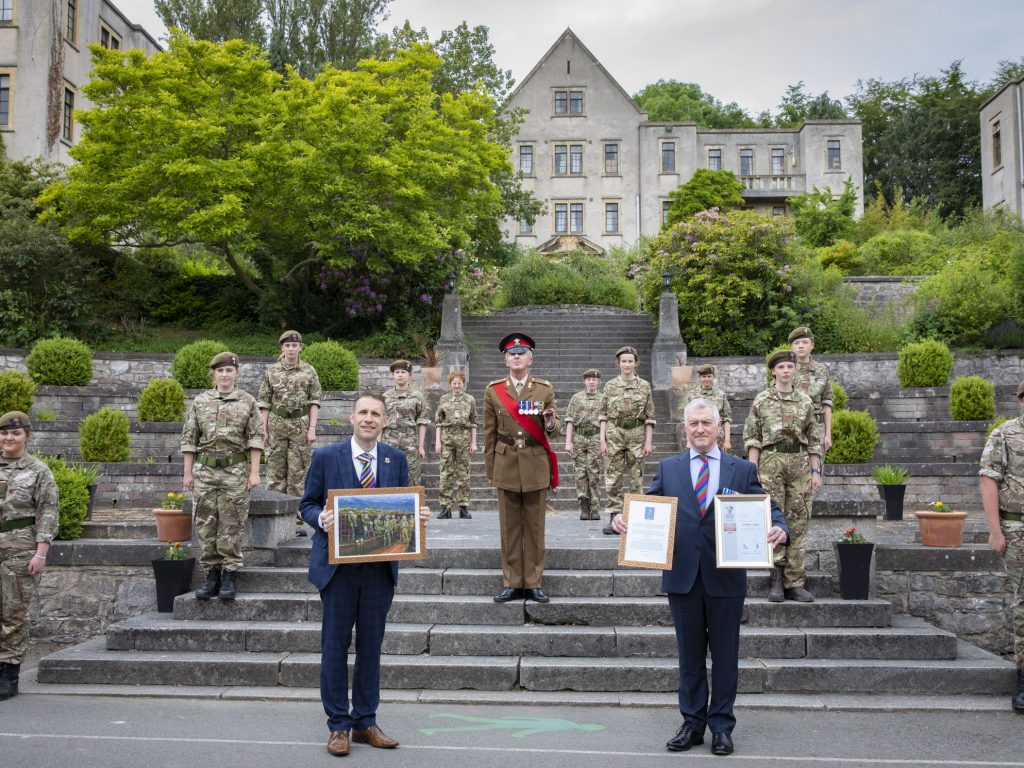 A leading North Wales independent school has received a prestigious Ministry of Defence award – and a picture commemorating Wales’s great poet Hedd Wyn – for its support for the Armed Services.

Myddelton College, in Denbigh, offers the most generous reduction in fees in the UK, 25 per cent, to families with serving members of the Army, Royal Navy and Royal Air Force. They also have their own Combined Cadet Force (CCF) squadron overseen by former Royal Welch Fusiliers Sergeant Major Graham Evans who painted a squad of First World War RWF soldiers including Hedd Wyn. Sergeant Major Evans, who has been exhibiting his paintings since he was 13, imagines a scene in the trenches on the eve of the bloody Battle of Passchendaele in 1917 with Hedd Wyn among the Royal Welch Fusiliers waiting to go over the top.

He had already entered a poem in the National Eisteddfod that year and it won the Chair but by then the Trawsfynydd shepherd poet, real name Ellis Humphrey Evans, aged 30 was dead, killed on the first morning. The presentation at Myddelton College was made by Lieutenant-Colonel John Hurst who handed the certificates over to Headmaster Andrew Allman, along with the framed print of the painting which was a personal award to Mr Allman – the original is to hang at the Hedd Wyn Museum at his childhood home, Yr Ysgwrn, near Trawsfynydd.

In response the Headmaster said: “We will treasure this. It’s a huge honour for the school because the CCF is very important to us here. We aim to provide an all-round education for our students and part of that is the CCF squadron which provides so many wonderful opportunities for young people. I was at a school that had a very strong military connection and I’ve seen the benefits that can provide and if we can help support the Services in this country by offering opportunities for the children of Services families then that’s something we’re proud to do.”

Myddelton College has a commitment to outdoor education and the CCF is part of a programme that includes fortnightly Outdoor Learning days which includes walking, scrambling and climbing, canoeing and kayaking, orienteering or visits to castles and heritage sites. That commitment has so impressed Welsh education inspectorate ESTYN that they have asked the school to write a case study on its provision for other schools to use. Among the CCF squadron that formed a guard of honour for the presentation were Kate Lloyd-Williams, 14, and her brother, John, 16, from St Asaph.

Kate said: “I could see what my brother was doing and how much fun it was and just thought ‘Sign me up’. I love the opportunity the CCF gives to go to different summer camps and meet other cadets.”

John said: “It’s been a real learning curve for us and it helps you with your studies and to be a better person. I am also keen on a career in the military and this is a great grounding for that.”

Sergeant-Major Evans said: “The school are hugely supportive of the CCF and the Armed Forces generally and I’m very proud that my painting will hang in the Hedd Wyn Museum. It was a bit of a surprise for the headmaster who didn’t know that he was due to receive this presentation as well but he has been very supportive of the CCF and I’m very happy that the print will be on display in the school.”

Mr Allman added: “It’s so important for our students to get experience of the outdoors so they can learn about it and about each other outside the classroom and I think that has become even more vital during lockdown. Resilience is one of our key themes and this also gives them the opportunity to conquer challenges they might not otherwise have experienced in their lives. It also teaches fellowship and gives our pupils an appreciation of the beauty of the countryside while at the same time teaching them practical applications of so many classroom subjects from maths to geography, to chemistry and physics.”

Myddelton College, a co-educational day and boarding school, was the UK’s newest independent school when it opened in the autumn of 2016 and is the only school in North Wales with a 5G network. The Estyn Report issued last year praised the way the school celebrates its diversity, said that pupils’ behaviour was “exemplary” and was also impressed by the high level of support and guidance provided by the “committed staff”.

The school currently has 70 boarders and 150 day pupils with 45 staff, including over 30 teachers, and Mr Allman said: “The school has integrated into the local community very well and is a calm, kind, happy place where pupils have mutual respect and can thrive and reach their goals.” 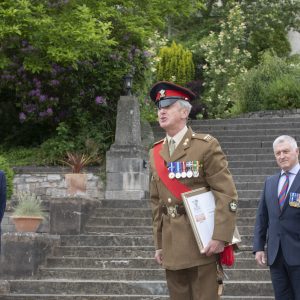 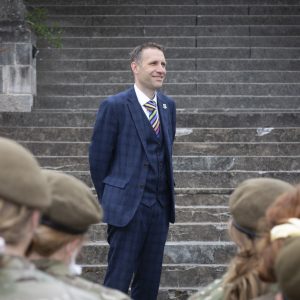 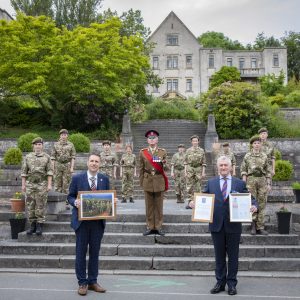 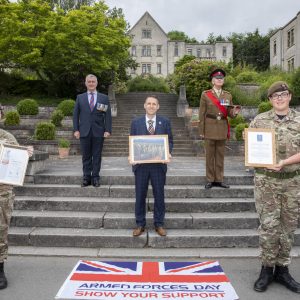 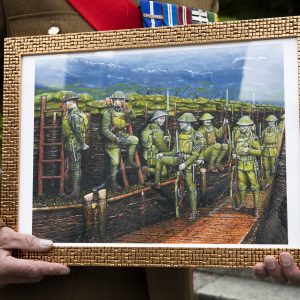 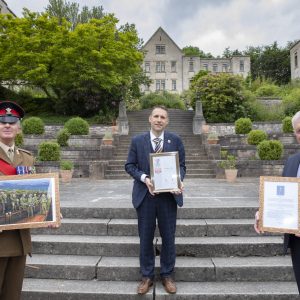