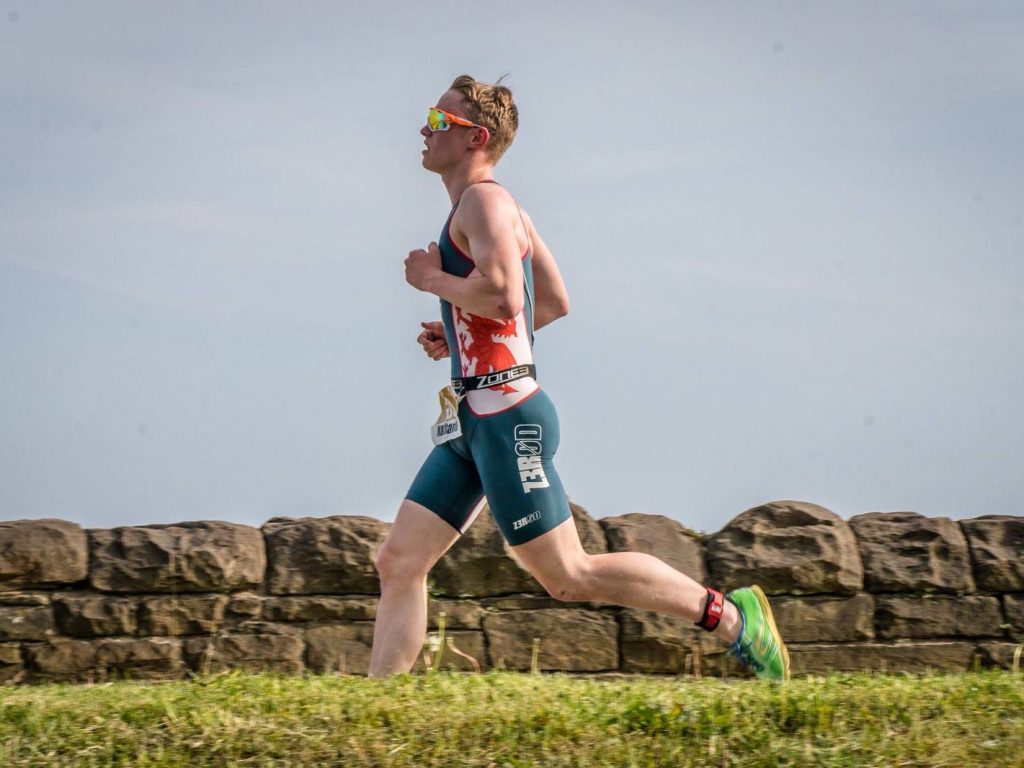 Young Welsh triathlon star Nathaniel Harries, who last year joined Myddelton College on a Triathlon sports scholarship, has stepped up his international career by being selected to compete for Team GB.

Nathaniel, aged 17, has qualified to compete in the Age Groupers category at the European Championships in Scotland on August 11.

The championships will attract top male and female triathletes in their age group from across Europe to compete in three days of competition at Strathclyde Country Park, North Lanarkshire.

Triathletes compete over an astonishing distance over three disciplines – a 1,500m swim, a 40K cycle race, and a 10 km run. 1,200 age group participants will represent their nation on the same course as international elite athletes

Nathanial has been elected Head Boy and is enjoying every aspect of the college and the support it provides.

This year he has progressed and grown stronger in the world of Triathlon with five first junior places and top 10 finishes overall. These include Amman Valley; Llanelli; Nottingham, where he qualified for the GB Age Grouper and Swansea.

He has also been filmed for television. He was interviewed and filmed in action by SC4 at the Llanelli event and by Channel 4 at the Swansea Sprint Triathlon. The Channel 4 coverage is due for broadcast at 07:10 hrs on Saturday July 9th while the Lanelli coverage can be seen on BBC iplayer- S4C- Llanelli Tri.

Nathanial said he was thrilled to qualify for his first major European championship.

“The opportunity for me to also compete at the prestigious European Championship event in Scotland as a GB squad member is a proud and exciting one.

“My time so far at Myddelton College has been positive with the staff making the transition from family life to me becoming more independent and confident.

“I aim to attend and complete a Sports Technology degree at Loughborough University in 2019 with the intention of a career in designing equipment to assist paratriathletes.

“My dream goal and future aspirations are to represent Wales at the Commonwealth Games, compete for GB within the age groupers categories and aim to become the youngest Triathlete to qualify for the iconic Kona Triathlon.”

Nathanial’s talent was witnessed by Myddelton’s Head of Sport and Outdoor Learning Nat Churchill at a Triathlon event in Mid Wales where he impressed not only with his exceptional performance but the way in which he conducted himself.

His current clubs are Celtic Tri and Bynea cycling club and he is a squad member with Cyclespecific elite Tri team.

Nathanial began his Triathlon career at the age of 12 in 2012 where he represented Wales at the International Regional Championships.

This year he aims to progress his training regime and triathlon career to achieve podium positions and promote his sponsors and Myddelton College.

He will compete within the Carmarthenshire Tri Series, Celtic Tri Club Championship and other local events where he has also qualified for the GB youth age groupers Team.

Nathanial is an ambassador for Zone3 wetsuit and swim company and Cardiff-based CES wheels. His nutritional needs are planned by an Armstrong health specialist.